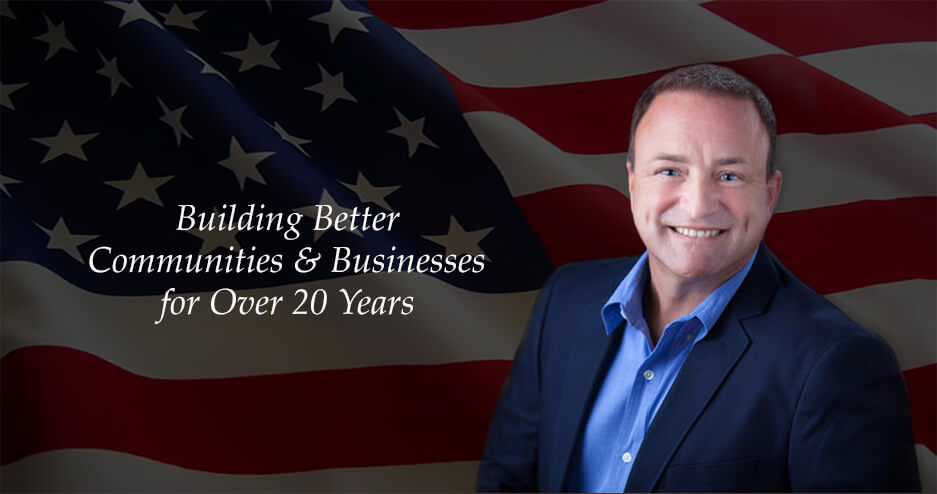 Joseph “Joe” F. Mullins is the founder and president of The Mullins Companies, the parent of Mullins Sports & Entertainment, Mullins Properties, and Mullins Management Inc.

A native of Evans, Georgia, Mullins graduated in 1995 from the University of Georgia with a BBA in Business Management and a BA in Performing Arts.

Mullins had entrepreneurial ambitions that started early in his youth. He demonstrated his passion in high school as the president of Future Business Leaders of America (FBLA) and held various roles in Jr. Achievement and 4H. He showed his love for sports as a shining member of the junior varsity and varsity football teams. The best of both sports and entertainment were fused when this gifted high school athlete began to foster his passion for theater arts. Mullins started his career in entertainment while attending the University of Georgia where he worked as a news reporter for UGA’s radio station. Mullins also held various roles in theater, television, and film during his time at UGA. As the Director of the University Union, he booked events and talent. One of the most exciting events in the Univesity Union’s history was when Mullins created the Fall Fun Fest.

Mullins Sports & Entertainment facilitates exclusive experiences for corporations at events like The Master’s golf tournament and Super Bowl. Mullins Properties owns and manages real estate across the Southeast. The company specializes in property management, restoration and development of commercial and residential properties, including apartment complexes, town homes and houses. Mullins has also developed and managed some of the largest shopping centers and outdoor amphitheaters. Mullins’ entrepreneurial portfolio also included ownership of several successful businesses in the southeastern Untied States, including Chem-Dry, Evans Hibachi Grill, and Shogun.

GIving back is a big part of Mullins’ efforts in August, GA and throughout the Southeast region. Since 1998, Mullins has established and supported numerous charity events. He gives back to causes and communities, like “Shop with a Doc,” an event that reunites pediatric burn victims with their first responders and caretakers for a night of Christmas shopping. Mullins is also actively involved with The Kelley Brothers and Lady Antebellum celebrity golf tournaments, the Junior Seau Foundation, the Jason Taylor Foundation, and St. Jude Children’s Hospital Research. His involvement in these organizations is to help establish relationships with large corporate donors. Now in its seventh year, he created the Columbia County SnowFest. These events have created jobs and improved the quality of life across the Southeastern United States.

Mullins’ philanthropic efforts have raised millions of dollars for various charities. While he is busy building, developing, and managing his family of companies, Mullins’ leadership continues to help bridge the gap between the entertainment industry and corporations while he also continues to raise money for causes throughout the region.

Joe Mullins is a proud father of three, and a member of Parkview Baptist Church in Palm Coast, Florida.