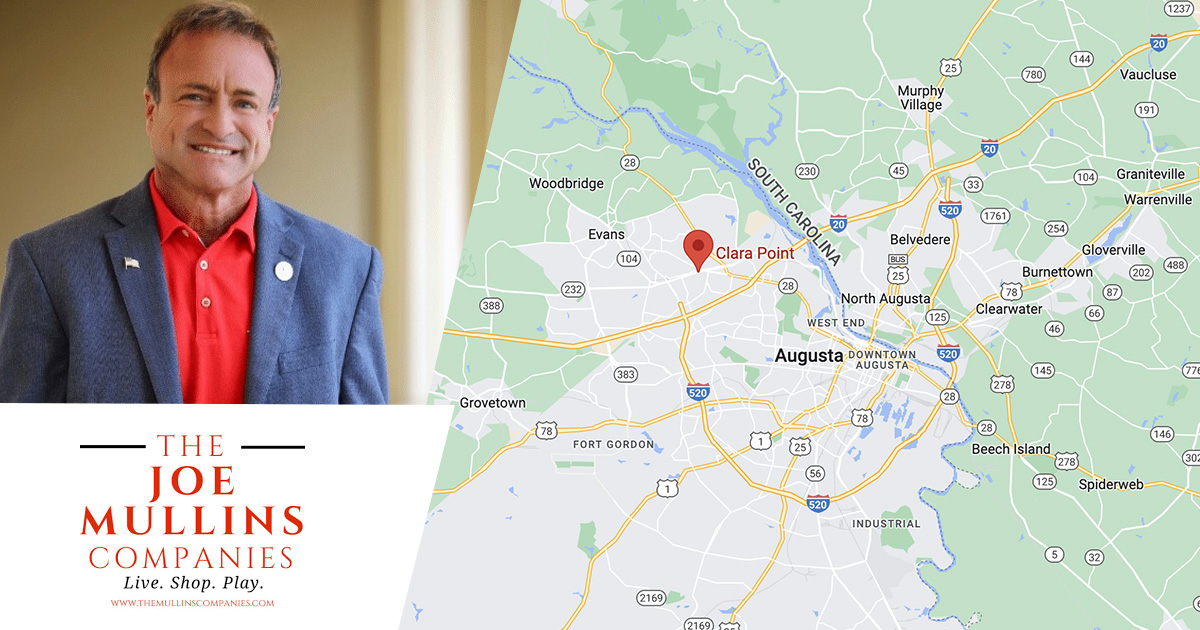 Since he learned of the murder that took place in 2001 at the Applecross Apartments in Augusta, Georgia, Joe Mullins had a vision for bettering and improving the Columbia County community for generations to come.

It was August 18, 2001 at 3:30 am when a fight broke out between 10 to 15 people at the Applecross apartment complex, which happened to be a common occurrence back in those days. During the fight, Ashley Smith’s husband, Daniel, was stabbed four times and died in his wife’s arms on the back of a pickup truck in the parking lot of the apartment complex.

After successfully transforming several complexes and making them safer for tenants while also improving the property values and values of the surrounding real estate, in 2016, The Mullins Companies announced it would invest several million into the Applecross apartments.

Born and raised in Augusta, GA, Joe Mullins has spent the better part of the last two decades developing and shaping the future of Columbia County. He is now also heavily involved in the development and bright future of Flagler County in Florida.

While it takes time to develop and rehabilitate neglected properties, especially given how real estate has been impacted by the pandemic these last few years, there are a number of positive things that have happened since The Mullins Companies' acquisition of Applecross apartments in 2016.

The real estate values have gone up while affordable housing statistics have also improved. Given the track record, this is consistently an area of specialty for The Mullins Companies. Since its acquisition in 2016 of the Applecross Apartments, now Clara Point, the national data supports that the property values in the area have gone up.

Generated with data from Realtor.com, USA TODAY Network reported that the median sale price for a single-family home in Columbia County during October of 2021 was $250,000. That's an increase of 8.7% compared with October 2020 during a global pandemic.

Since its acquisition of Applecross and rebrand to Clara Point, the community has also gotten safer with property and robbery crimes down 15% and 10% respectively from 2016 to 2019 which also help contribute to the increased property values.

While the property values and related taxes, as well as investments towards property improvements have gone up at Clara Point and throughout the County, the cost of housing remained affordable. Every year, US News & World Report announces data from Moody’s Analytics and the US Census Bureau regarding the affordability of housing in each state. In the US, Georgia ranked as the 13th most affordable state for housing. Further Sperling’s Best Places reports in their recent study that the cost of housing in the Augusta-Richmond County specifically is cheaper than both the US average and the State of Georgia.

Even when their tenants could not pay rent, The Mullins Companies continued to invest in repairs and maintenance for its tenants. Despite what some outlets erroneously report, The Mullins Companies has property managers who are easily accessible and ready to assist its tenants with any issues with their units. Every reported issue and concern has always been addressed and they will continue to be addressed.

Due to challenges faced with supply shortages and labor shortages as a result of the COVID-19 pandemic, maintenance and repair projects take longer than normal, and many tenants were afraid to report issues for fear of being evicted since they got severely behind on rent during the pandemic. Those fears caused what were once minor issues to become major issues and will take time to repair. All property management companies in America are facing similar challenges, but The Mullins Companies will continue to reinvest in its properties and better the communities it serves in Georgia and Florida.